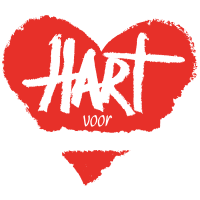 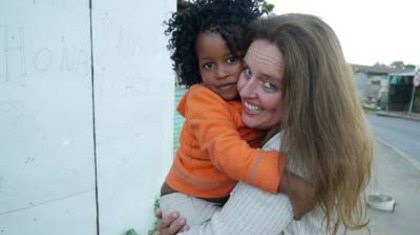 More than eleven hours of flying and then you step into a world that is nothing like the familiar Netherlands. South Africa is a beautiful, versatile and often sun-drenched country. A country with a downside. Millions of people still live far below the poverty line. Especially children are the victim of this and that touches Erna Neuteboom deeply. She started in 2008 Hart for Children Foundation. In this way she wants to offer as many children as possible without parents who can provide for them a home, self-confidence, safety, love and a future. Now, a few years later - in the autumn of 2012 - she and her husband Louis set foot on South African soil again. To visit ongoing aid projects such as foster families and new projects. Because even though the economic situation is getting better at a better pace, the need in the slums of South Africa remains dire ...


Erna: 'When we first arrived at the airport it was already a little later in the evening and dark. We would go to our destination with a rental car, but the car was untraceable. Louis was looking for the right rental company while I walked around the parking lot. Almost immediately a little boy of about seven years old came to me, who kept rubbing his belly. He was hungry. I had no cash or food with me and could only give him some chocolate. Practice, then you immediately know why you are there. Because what does a small child do on the street at that time alone? Heartbreaking. The difference between rich and poor remains great. The country has progressed economically, but that does not apply to everyone. The slums are getting bigger. Reasons are the lack of education and high unemployment, which means that families do not have the money to move out of the slums. More and more families are moving from the countryside to the big cities where unemployment is waiting for them and they too end up in the slums. Africans from neighboring countries also search for work in the South and then end up in the same slums. South Africans are angry because the few jobs that are available in this way are also being picked up. The situation is therefore very uneasy there. The desperation is great. You can also see that in drinking and drug use.

What was it like to walk through the slums again?
Erna: 'I am used to it but every time I walk there I think to myself' this can not be true! 'I really want everyone to be able to experience this and see how intense it is. I just do not have words to describe the living conditions of the people there. I also try to move myself into them very consciously, to think about how I would live with children in such circumstances day in and day out. That is unimaginable if you only consider that there are toilet blocks where ten families have to share one toilet. I have no words enough to explain the impact of the air, the noise, the heat or the waste that flows through the streets when it rains and where the children often jump and play with bare feet. This is still what we can see and smell when you are there, but if you also remember that so much violence takes place and so many rapes.
It is often believed that if you have the disease AIDS, you can become better by having sex with a virgin. Little girls are often the victim of it. Even if children have lost their parents to that illness and are taken care of by family members, the children often pay for 'in kind' for that childcare.
It was nice to see what Hart for Children has already been able to do thanks to her donors. If there is a stone house in the middle or on the edge of the corrugated iron sheets, or as three new houses have been built in Humansdorp since our last action, this is a kind of oasis. Such a house really offers a safe situation for the children who live there. There is a fence around it and it often has a small garden with a playground. The people in the slums accept such a house too. Most of them know that they are children whose parents can no longer take care of them. Such a stone house is something that many people in the slums only dream of.

Would not you be hopeless?
During such a trip you see a whole lot in a short time. And then you're there, in the umpteenth slum ... The misery is too big, the people are with too much. All those thousands and thousands of people who are in such a situation. That is really coming at you. I am a mother myself and when I realize that my child should live in such a situation; that is actually unimaginable and unthinkable. But if I then see the children who are now being cared for, then I know there is hope. Change is possible.

Are there new projects that Hart voor Kinderen could do something for?
Erna: 'Yes, these projects are plentiful, but of course we are looking at projects that are in line with the vision of Hart voor Kinderen. We found one of those projects in Port Shepstone. There children are also accommodated in family situations. Fifty of the 52 children who are received there are HIV infected. That organization there is doing this work for 11 years now and in the meantime they are specialized in this disease so that no children have died since one and a half years. We like that. But that has also been different. At the office there are pictures of children. That is an impressive sight of all happy and smiling faces ... but it really becomes very impressive when you get closer and see that there are all crosses with those pictures and that those children are deceased ... The moving I found that these children "got a face". They are known and have been loved.
One story we were told is that in the nearby hospital the smallest children who were sick and had no parents were not even watched. Nobody would miss them and therefore they could die better. Can you imagine such a thing? Look, that makes me so sad. This is only one project that I now name but next to this project in Port Shepstone I can name a lot of projects in South Africa, Lesotho and Swaziland, wherever we have been. Each and every one of them is incredibly valuable for children who might have died a long time without it.

Since the start of Hart voor Kinderen you have been very busy. How do you keep that up and how do you keep track of your motivation?
I love children. I myself have been a single mother for over 12 years and have been in difficult situations, also financially. I felt very vulnerable especially in the care for my children. I have resolved to never forget that, to keep feeling and realize again and again that there is only a very small part of the world that is doing well. But that the majority of the population lives seriously below the poverty line. I believe that mothers or parents around the world want the best for their children and that you would want that if you as a parent can not take care of your child there will be another who wants to love your child as if it were her own child . This can be due to various circumstances, for example if someone suffers from AIDS or is affected by the earthquake in Haiti. It is then nice to know that there is someone who takes over the responsibility and daily care of your child. That all my circumstances have brought me to where I am now is a great miracle. And sometimes I get new courage through the smallest things; a nice message from South Africa or Haiti or a sweet email from a donor or a gift. That encourages me and then I think 'we're going on!' Because I had lived in South Africa for a number of years, I had a dream to be able to do something for the children there. The life situation of children there has never let me go. My dream for the children in South Africa now so many years later has come true thanks to our donors.

And of course the foster mothers and parents that I have met play an important role. They choose to start again with raising children, and then children who are almost all traumatized. Children who are often ill (one of our children has cancer and is also infected with HIV). I have tasted the medicine that that little one has to swallow every day ... Horrible and every day a battle to get it inside. Those medicines can not be mixed with something sweet. As a foster mother you are committed and love these children and take care of them, I think that's really special.

Are you satisfied with how things go with Hart voor Kinderen?
After: "Yes, we are happy and grateful with every kind of help we can give. But when we came back together from our work trip, my husband and I thought: were we just a millionaire. What would we like to do with the aid projects that we have found and that need our support urgently, to provide for their needs ... They can just call and say 'there is help on the way' ... The millions have not yet come little by little we have a long way. I am confident that new donors will always register and that our work can continue to exist.
Important more people hear this? 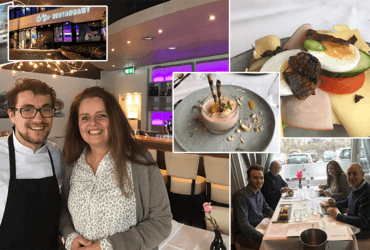 HvK guests at the ROC MBO-college in Hilversum

We are very grateful that we were invited today by a number of students from the MBO College Hilversum. They are currently working on a sustainability project and decided to [...]
Read more 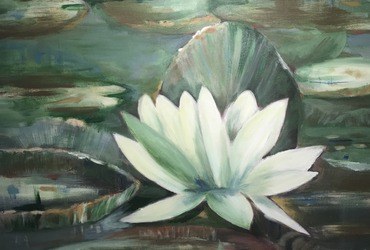 Good gifts for a good cause

Sjoukje Gniewyk is an artist and wants to encourage poor and abandoned children through the sale of her paintings. View her portfolio here! [...]
Read more 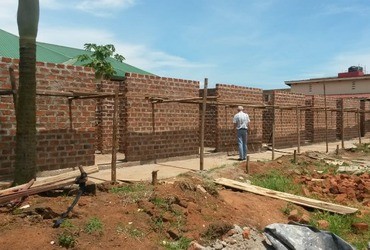 New boys and girls bedrooms at school in Uganda

Thanks to a donor, Hart voor Kinderen could pay for the construction of new boys 'and girls' bedrooms at the Namugongo Secondary Vocational School in Uganda! The girls 'rooms were [...]
Read more
Bekijk alle berichten